Did you know the Royal family has chosen a Montessori Preschool for the handsome Prince George? 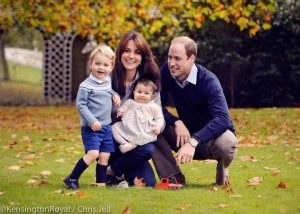 Prince William and Princess Kate have chosen a Montessori school for their first child, Prince George, to attend. On Wednesday, January 6th Prince George started at Westacre Montessori in Norfolk, UK. Westacre is located 10 miles away from the Royal’s Anmer Hall home on the Sandringham Estate. A mother of three whose sons went there said “It is a fantastic little school, very easy going, caring and anyone can attend.”

Prince William and Princess Kate chose a Montessori Education for Prince George because they wanted an atmosphere that puts an emphasis on a child’s independence, freedom and social development. They wanted Prince George to be a part of a mixed age classroom in hopes that he will learn from his older peers while having the ability to choose lessons that peak his interest.